Britain’s consumer economy failed to rebound in April after snowy weather kept shoppers at home the month before, adding to downbeat data that make a Bank of England rate rise this week unlikely. In a latest sign of slow growth in 2018, retail spending contracted by 3.1 percent year-on-year in April after a 2.3 percent rise in March, the British Retail Consortium (BRC) said on Wednesday.

That marked the sharpest drop since records began in 1995.

While the plunge partly reflects the timing of the sales-boosting Easter holidays — which started in March this year rather than April — the BRC warned of a weak underlying trend.

British data have soured over the past month, suggesting the economy has not yet recovered from a weak start to 2018 in the manner most economists and BoE officials had expected.

A lack of clarity around Britain’s terms of departure from the European Union in less than a year, as well as a slowing euro zone economy, are among reasons cited for Britain’s disappointing performance of late.

The BoE now looks unlikely to raise rates on Thursday, according to a new Reuters poll of economists who have mostly pushed back forecasts for a rate hike to August. [BOE/INT]

Adding to mixed signals, a survey of recruitment firms on Wednesday showed demand for permanent staff grew at the weakest pace so far this year during April, though growth in starting salaries remained robust. 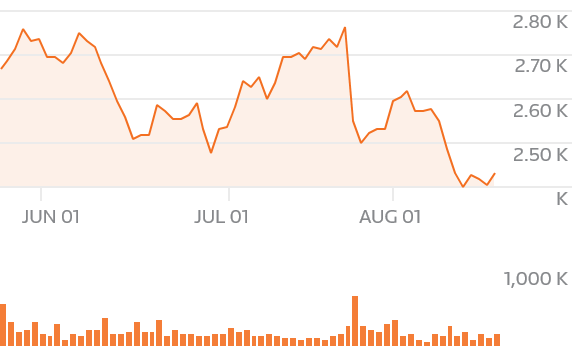 Looking at retail sales over the three months to April, which smoothes out March’s jump and last month’s plunge, the BRC said overall spending was up just 0.4 percent year-on-year.

That marked the third-worst reading since the global financial crisis.

The BRC said the retail market was likely to remain “extremely challenging”. Earlier on Wednesday, baker Greggs (GRG.L) warned profit for 2018 was likely to disappoint, blaming a dip in consumer demand.

Already this year Toys R Us UK, electricals group Maplin and drinks wholesaler Conviviality have filed for protection from creditors.

Separately, payment card firm Barclaycard said consumer spending — which includes a broader range of purchases such as holidays and eating out — rose at an annual pace of 3.4 percent in April after growing just 2.0 percent in the previous month.