Popular US burger chain Five Guys has announced it will further expand internationally, with official plans to open an outlet in Singapore.

Famous for its made-to-order burgers with 15 free toppings to choose from, the American franchise is set to roll out the new burger joint between October and December after opening its first Asia-Pacific outlet in Hong Kong last year.

Rumours are also swirling that the franchise will open in Australia.

The cult burger brand will be brought in to Singapore by the Zouk Group as part of expansion plans.

‘Today, the Zouk Group takes its first big step towards diversifying our F&B offerings as we welcome Five Guys to Singapore,’ CEO of Zouk Group Andrew Li said in a statement.

‘We have been very cautious when it comes to curating our lifestyle portfolio, in the sense that the brands we take on must share a similar synergy with the Zouk brand.

‘Five Guys, quite simply, ticks all the boxes – customer-centric, true to its vision and a commitment to providing only the best.’

President and CEO of Five Guys International said: ‘We are delighted to be working with Zouk Group as we continue the Five Guys expansion in Asia-Pacific.’

It’s not known whether the American chain will head Down Under – but foodies have long been rallying to bring the outlet to Australia.

Five Guys is just one of many US burger chains with a cult following in Australia. 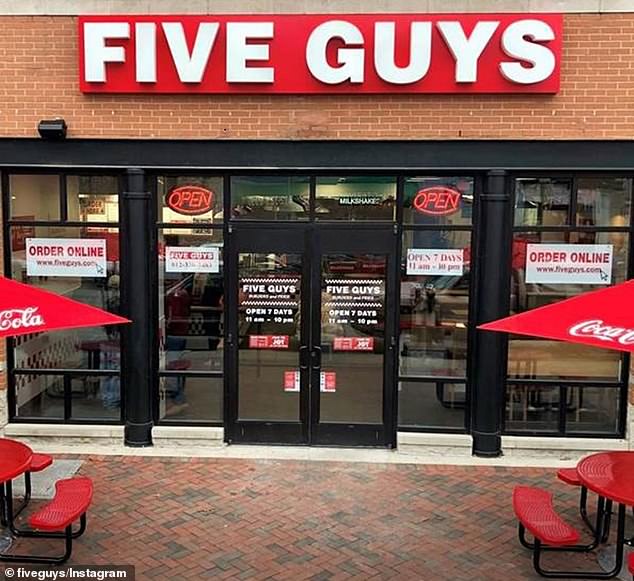 The popular American franchise will begin to roll out the burger joint between October and December after opening its first Asia-Pacific outlet in Hong Kong last year.

In recent years, In-N-Out Burger has been teasing foodies with its one day pop up stalls around Sydney.

But in 2016, the popular American fast food giant confirmed it will never open a permanent outlet Down Under.

‘We do these pop-ups in various countries to get our name out there and familiarise people with the brand so they know about us when they visit the US,’ an In-N-Out Burger spokeswoman previously told Nine News.

‘This pop up is no indication that we are going to open a store in Australia. We are a family owned business and we only operate in six (US) states right now and all the produce we use needs to be delivered fresh from our distributors.

‘We have been approached by other areas regarding franchises but it’s just not something we would do.’