GREGGS have opened a new store in the home of the world-famous Cornish Pasty. But locals and bakers are up in arms about the new branch, claiming it is not needed in the West Country.

The bakery chain, Greggs, is known for selling a diverse range of products, from donuts to sausage rolls, cakes and a variety of hot pasties.

But not least among the Gregg’s delights is the Cornish Pasty, a take on the famous West Country snack featuring beef, onion and turnips.

The franchise, which opened 75-years-ago in Gosforth, Newcastle, sells other favorites such as steak bakes and sausage and bean melts.

But Greggs has never opened a branch in Cornwall until it unveiled a new store at a service station in July just off the A38 in Saltash, Cornwall prompting locals to criticise the largest bakery chain in the UK.

Although the company have confirmed the small store is open, it does not appear on satellite imagery and it is not visible on the website’s online store locator.

But the store has stated that, unlike the majority of the chain’s other stores, it will not sell the Cornish Pasty for fear of upsetting locals even further.

The chain has several stores in neighbouring county Devon – but opted not to sell the crimped pie over fears it would wage a “pasty war” with local businesses.

An employee at the lone-Cornwall store said: “We don’t sell pasties down here. It is something we have never done and no store in Devon will.” 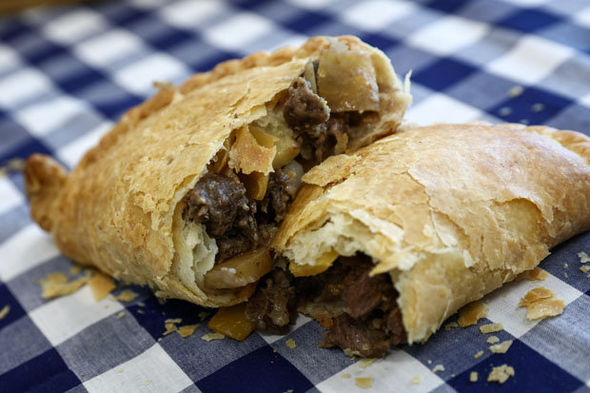 But local baker Marion Symonds, 51 – a “campaigner” for the traditional Cornish pasty said that locals would always choose the authentic product and that a war would be avoided.

The owner of Portreath Bakery and Made Marion Gluten Free said: “I would have thought they would sell whatever they sell in their normal stores.

“If they sell pasties in their other shops why wouldn’t they sell them in pasty world?

“I believe that Cornish people who have had Cornish pasties with traditional ingredients will always go to a Cornish bakery.

“There’s a chance that we will lose some trade to Greggs but I don’t think there will be a pasty war because Cornish people will always go for a traditional pasty.’

“People will always go to a proper baker if they want a pasty made the traditional way.

“Greggs do a budget line and people on a low income do like it.”

A spokesman for Greggs confirmed in a statement in July: “A new Greggs shop opened at Euro Garages Saltash, Callington Road in July. 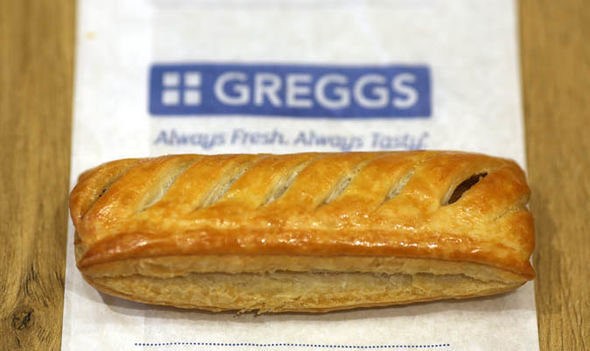 Greggs are known for a variety of products – but Cornish Pastys are not available in Cornwall (Image: GETTY)

“It is operated under a franchise agreement with Euro Garages and eight new jobs have been created.

“There is a strong demand for the Greggs offer and we look forward to being able to make this available to customers in Cornwall.”

But the inevitable backlash towards the chain – which operates around 1,850 stores and employs 22,000 staff – has been unavoidable in the home of UK baking.

One furious local, Lee Stephens, ranted: “Why in the name of Satan does our county need a Greggs?” 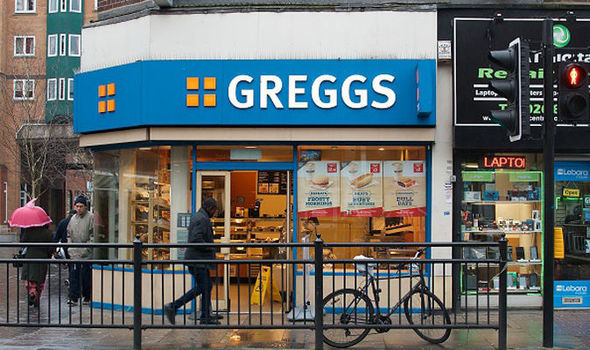 Greggs currently have 1,850 stores in the UK – but only one in Cornwall (Image: GETTY)

“We have proper bakeries down here, we don’t need cookie cutter franchises like Greggs when we already have legit nom factories.’

Hayley Hioll took to Twitter and said: “They’re surely not gonna get that much custom except tourists right? I mean Greggs doesn’t even know what a pasty is, their “pasty” is a bleddy slice.”

Natalie Bertram got straight to the point: “Greggs opening a branch in Cornwall is the most controversial thing to happen this year. No exaggeration.”

Another Cornish baker, Ann Muller, 64, said: “If they’re no good at making pasties I’ll teach them a thing or two, for a fee.