Amsterdam-based hospitality company, The Entourage Group, plans to bring fast-casual concepts The Butcher and Toni Loco to the UK within the next six months.

High-end burger bar, The Butcher, specialises in serving up gourmet burgers in a relaxed environment and has earned over £10m (€12m) in the past year.

The burger brand, which launched in 2012 at Amsterdam market Albert Cuyp, has a new global franchising scheme in place which estimates expansion to 20 sites by 2020 and a turnover of £22m (€25m).

Founder of the Entourage Group and its comprising companies, Yossi Eliyahoo, said the franchise concept serves a burger that you “won’t regret in the morning” and is affordably priced.

Mr Eliyahoo said: “I think The Butcher is for anyone that values the quality of fast food but not junk food. It’s for people that love burgers but want something better than high street fast food like Burger King or McDonald’s.

When asked where The Butcher will fit in the UK market, Mr Eliyahoo claimed that the brand fills a gap for affordable, fast and nutritional burgers.

“Five Guys are doing a great job, they are very big, but they are more in a fight with McDonald’s than us. But price wise they’re not – they’re on the level of The Butcher.

“I think The Butcher is better value for money than what you can get currently. I think there is a niche in this market.” 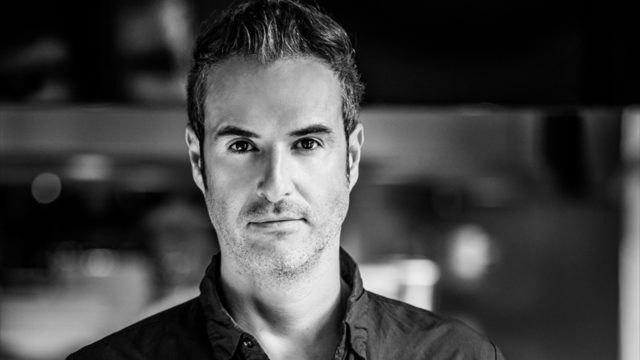 Having brought the concept to cosmopolitan destinations across Europe, such as Berlin and Ibiza, Mr Eliyahoo hopes to put the brands first UK flag in London.

Despite the ongoing uncertainties regarding the UK hospitality industry and the increase of high street restaurant closures, the founder sees it as a prime time to invest in the industry.

Mr Eliyahoo said: “I think that if the concept is good and you have a good product then it will work. People are not going to stop purchasing, they will still go out to eat and drink. So I am not worried about the future of London.

“I think London is the strongest city in the world for leadership in every aspect. London has been a leader in hospitality for many years and I think that The Entourage Group should be in this market.”

Mr Eliyahoo has not yet found the right venue for the UK’s flagship restaurant but he is willing to buy current owners out of prime locations and is considering Camden market and Soho.

“I haven’t found the right bride for this marriage yet. To get The Butcher to the market I don’t want to compromise – especially not with the first one. I want to put the flag of the Butcher in a very top London location,” he added.

The hospitality group is also planning on bringing its new pizza concept Toni Loco to the UK, which is another concept which has been developed by Mr Eliyahoo.

Over the past year, he has developed Tono Loco’s and launched its first restaurant in Amsterdam as he believed there was a gap in the European pizza market.

Mr Eliyahoo describes the pizza restaurants as a mix of Italian and New York style pizza. It offers 50cm pizza with thin crusts and can also be bought by the slice.

The Entourage Group is looking for franchisees to run its brands in UK locations and already plans to bring the concepts to Nottingham and Edinburgh.

All of The Entourage Group’s concepts feature centralised bars and open kitchens which the founder says are very important factors and will be rolled out in every branch.

Mr Eliyahoo said: “We always expose the kitchen and that will always be as part of the concept – to be completely transparent.

Mr Eliyahoo plans to design the UK branches similarly to The Butcher’s European sites but will try to incorporate local elements to each restaurant.

“We never copy-paste but with The Butcher brand and Toni Loco as a casual concept, the DNA will stay the same. So, you see the roots of the DNA, the identity of the brand, but we always try to tailor-make it to the location.”

The Entourage Group is currently developing a Mexican cuisine concept which it plans to roll out in Amsterdam during the next year.