TIME TO INVEST IN UK! Fury at foreign grab for UK rail network under new franchising rules
10 April 2018by Marketing

BRITAIN’S rail passengers will continue to “subsidise” foreign commuters under new franchising rules, critics claimed yesterday. They hit out after learning that the Department for Transport has cleared three more overseas firms to bid for rail franchises.

Just five of the 18 firms on the Pre-Qualification Questionnaire are British. The rest are from nations including Spain, Germany, France, Singapore and China.

About 75 per cent of the 28 private rail contracts are partially or wholly owned by foreign firms or state-run railways.

They include state-run operators like Deutsche Bahn and its subsidiary Arriva, Italy’s Trenitalia, and Abellio, owned by the Dutch state train operator.

Due to this, critics claim profits from British train operations disappear overseas, often as dividends, and that UK cash subsidises operations overseas.

RMT rail union general-secretary Mick Cash said: “This government has a policy of allowing anyone to waltz in and make a killing out of our railways while the door is slammed shut on British public ownership. This racket has to stop.”

Labour MP Daniel Zeichner said it was an “extraordinary situation” where other states operated parts of the UK’s railway and “an admission of our inability to do it ourselves”.

The franchise system has come under renewed scrutiny because of the effective breakdown of vital East Coast Main Line contract.Stagecoach and Virgin originally promised to pay the Government £3.3billion by 2023 when they won the contract in 2015.But tougher trading conditions mean the franchise will be replaced years earlier by a new partnership for track and trains.But the Rail Delivery Group, which represents train firms and Network Rail, said franchising had transformed the funding of the industry. 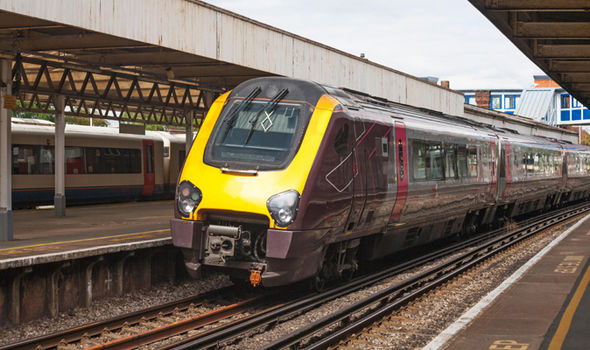 Before franchising, it said the railway cost taxpayers £2billion a year in day-to-day costs.Now the industry contributes £200million a year, which helps to fund major rail upgrades.A RDG spokesman said: “Rail companies from around the world bring new ideas and innovation to Britain’s railway.”The DfT said all operators were registered for tax in the UK and invested heavily in the industry.